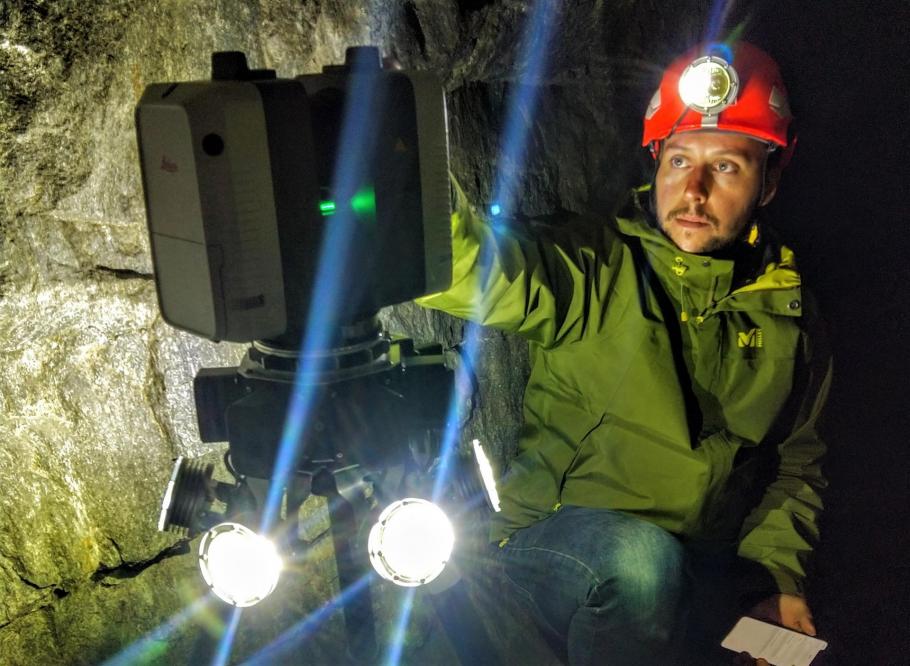 With its experience in the field of lighting for 3D scanning by photogrammetry of constrained environments, Meandre Technologie is extending its range.

With the support of engineers from the French agency Leica Geosystems and in partnership with Gaétan Curt (photogrammetry research engineer), we have developed and perfected for Leica brand lidar scanners, lighting dedicated to the BLK2GO and RTC360 models.

What is the purpose of these lights?

Adding light to the base of these devices opens up the fields of applications by making the GRAND SLAM of the BLK2GO more efficient and by improving the VIS operation of the RTC360 in places where there is no light.

This artificial light also makes it possible to finalize the recordings at the end of the day in winter, for example, or to work at night in the public domain where the crowd is no longer present.

Our equipment especially allows scanners to maintain the colorization of point clouds regardless of where and when the capture takes place.

Thanks to these new accessories, 3D scanning by lidar can now penetrate constrained and / or confined environments, be used day and night while keeping exactly the same precision. 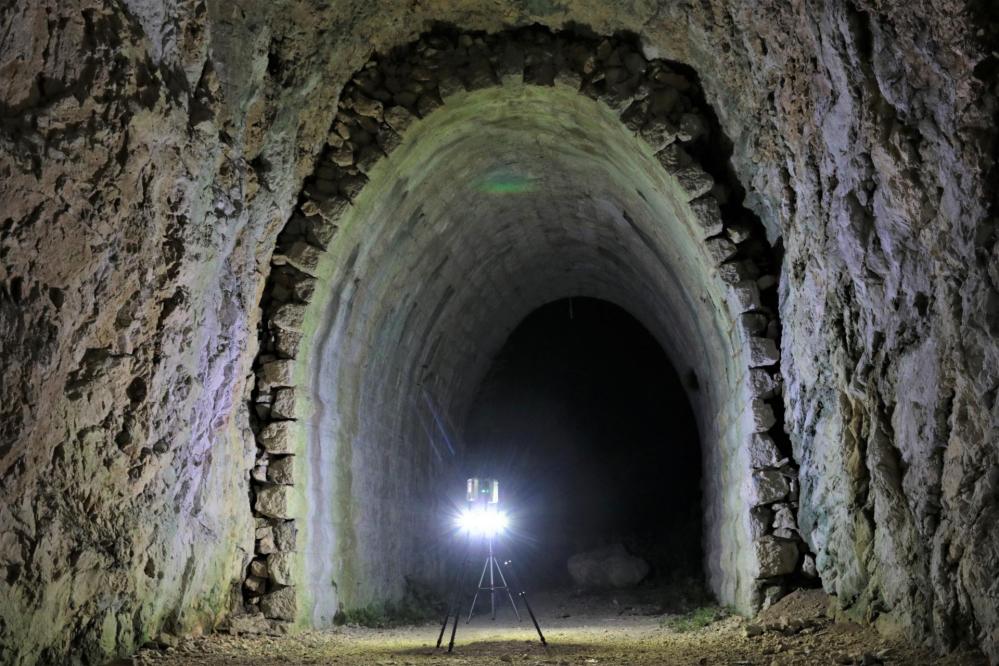 What are the specifics?

-Homogeneous light covers the fields of view of the photographic sensors of Leica Geosystems devices.

-The lights have been designed specifically for the BLK2GO and the RTC360. The combination of the two therefore makes it a unique piece of equipment. However, the RTC360 dedicated lighting can be used with adaptation for other applications.

-No concession has been made on the choice of components and as a result, these lights offer by their performance, their robustness, autonomy and ergonomics, a perfect working tool.

Powerful, homogeneous and super light, here is the model Dedicated to BLK2GO: 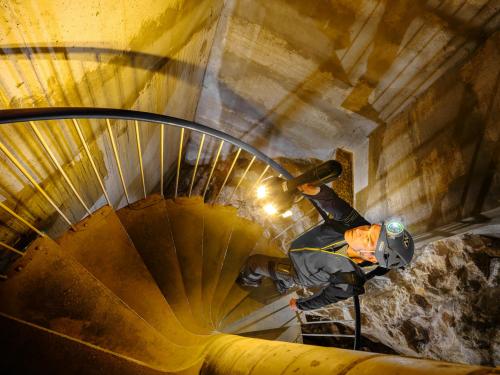 The lighting slips under the BLK2GO. A flange passing through the handle of the BLK2GO with 2 screws holding the assembly. The battery is deported in a backpack.

-Lighting control: By a push button on the lighting module.

All LEDs are linked together.

Powerful and robust, with a high autonomy, here is the model dedicated to the RTC360 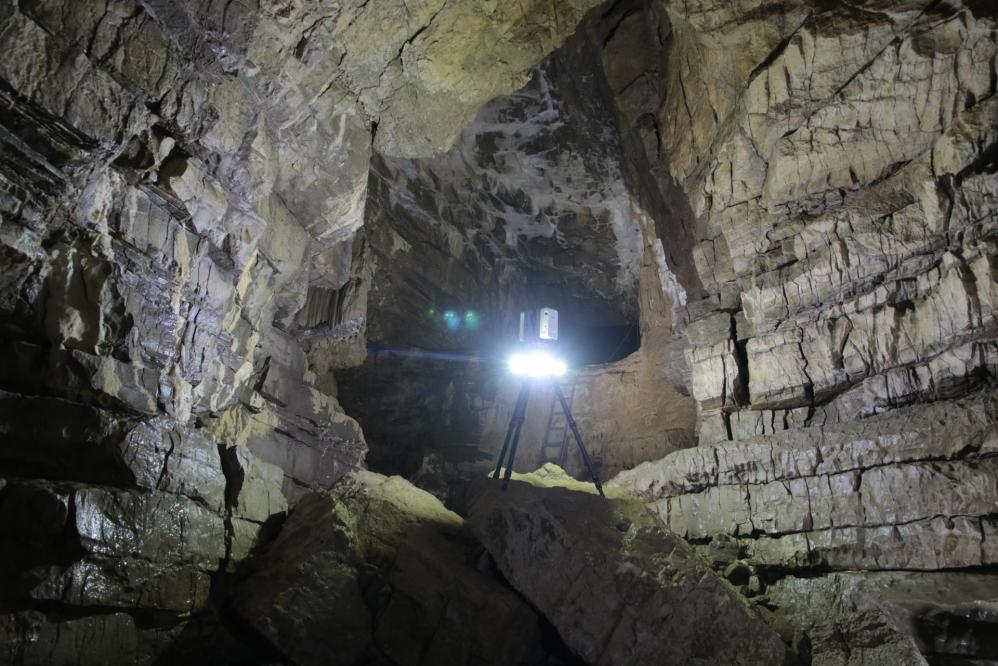 The battery module dissociates from the assembly to be recharged or replaced by another battery module in the event that the autonomy would not be sufficient to hold out to the end of the scanning operation.

1-By push button on the lighting module.

2-By remote control (range 40m). The LEDs are distributed over 4 independent zones. 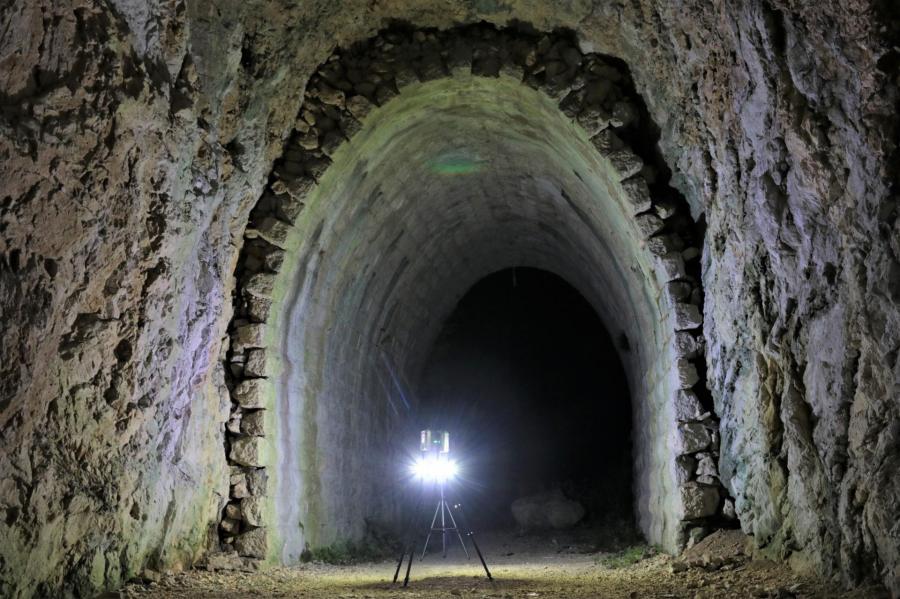 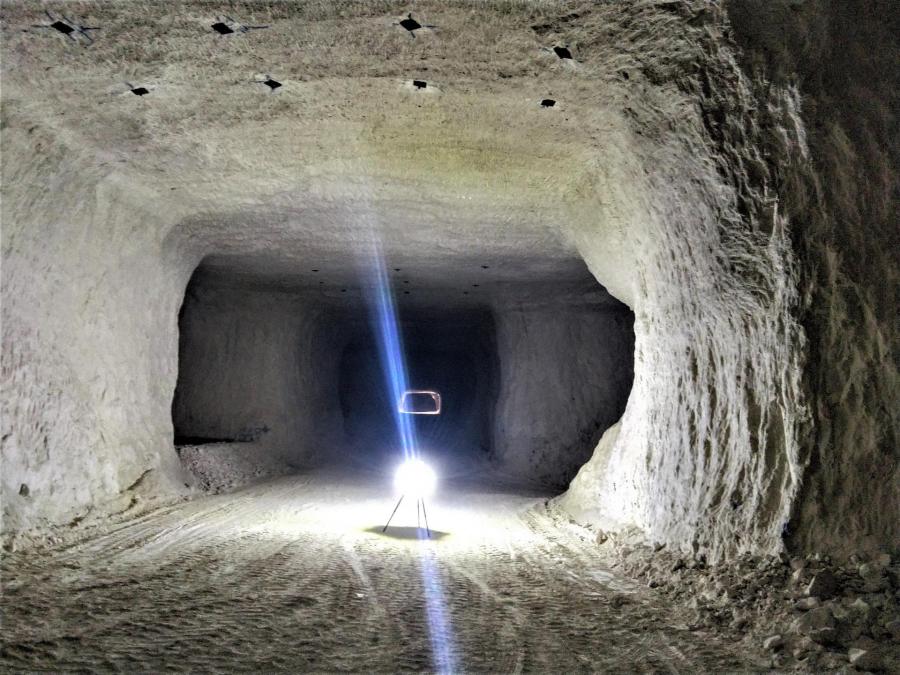 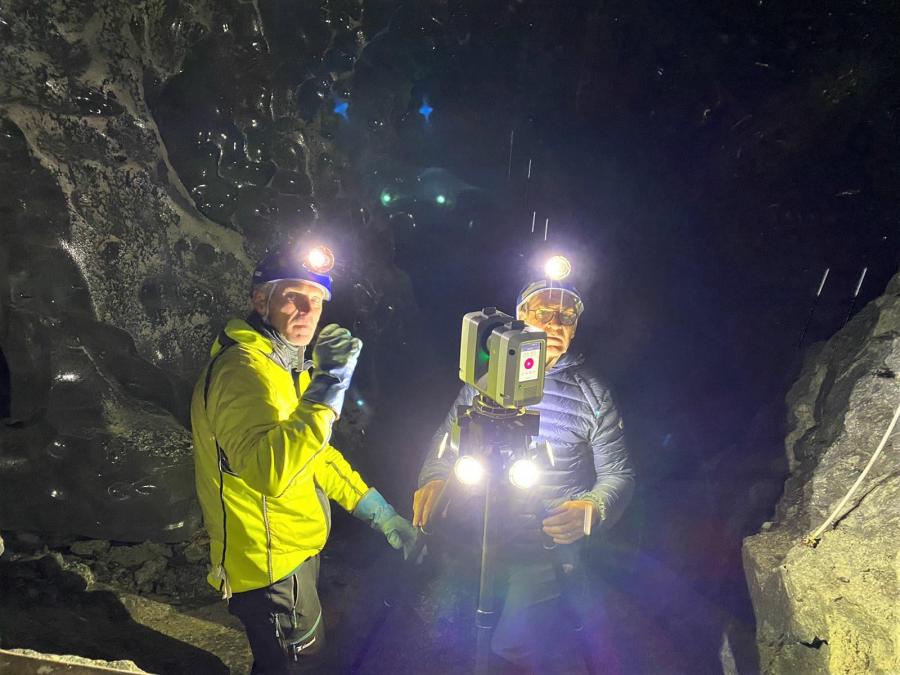 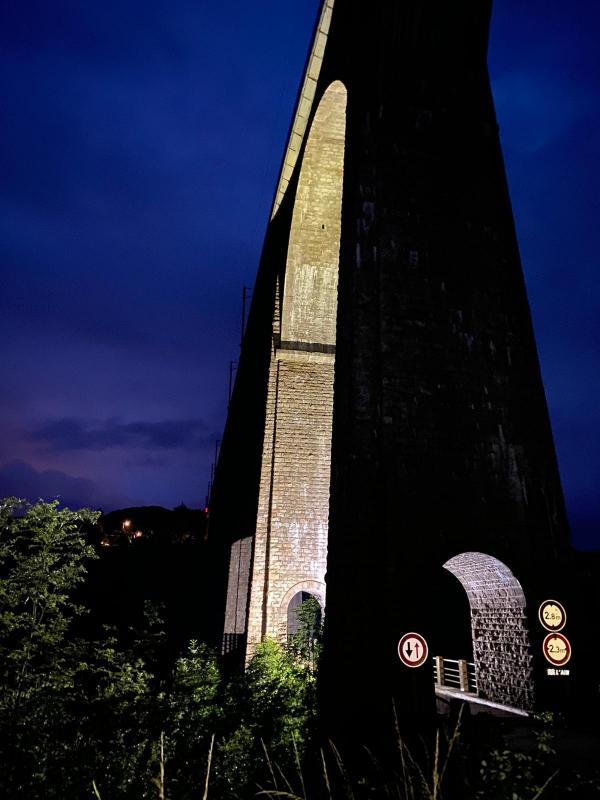 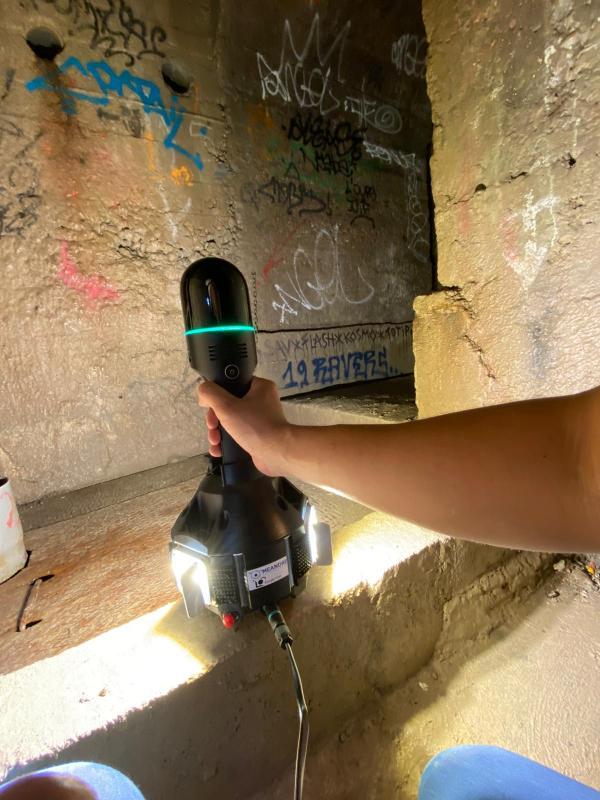 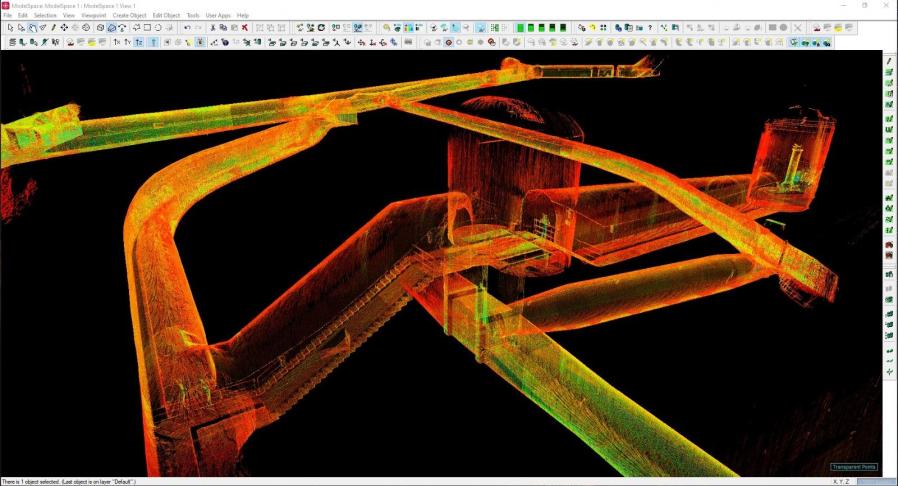 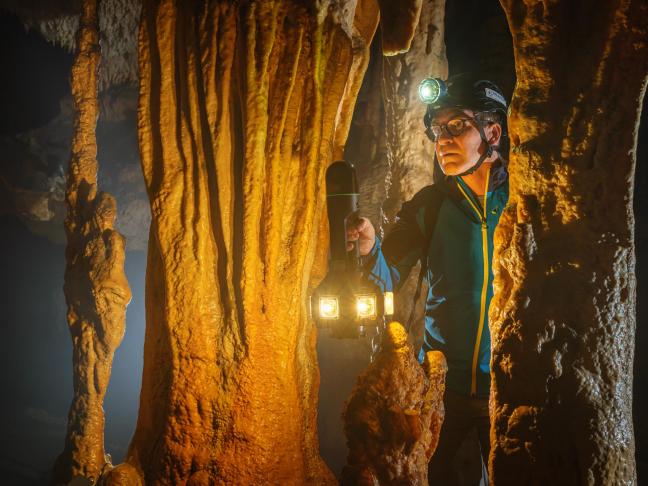